The second panel of the Zagreb Plenum was dedicated to (not)good neighborly relations in the region, gathered politicians from the countries of the region. 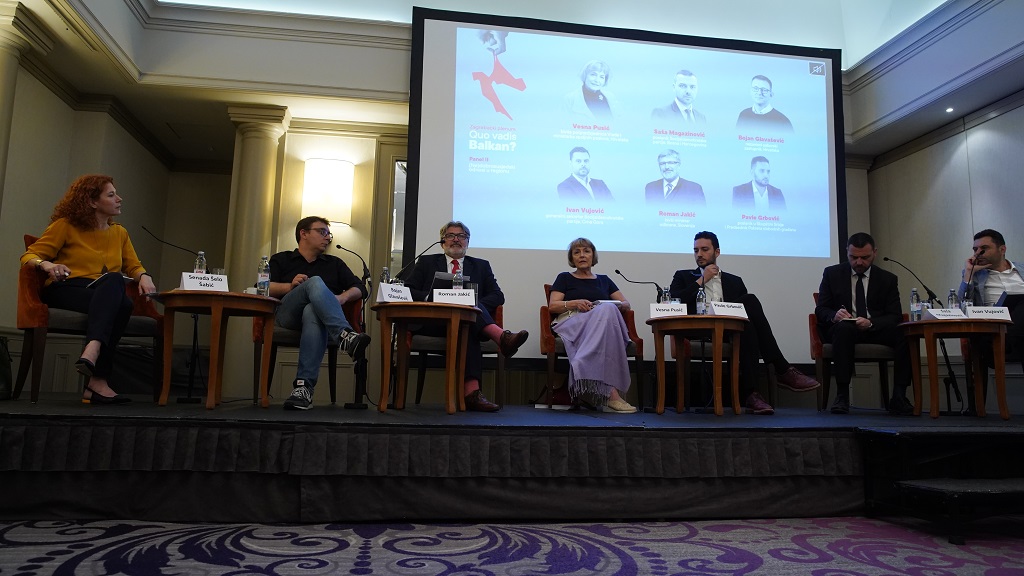 Vesna Pusić, former Deputy Prime Minister and Minister of Foreign Affairs of Croatia, assessed that political leaders in the countries of the region have a huge influence and that they are the ones who shape the public discourse in their countries. She said it is difficult to imagine foreign ministers or prime ministers sitting together and critically and analytically looking at their role and the role of their countries in the politics led and being pursued in the region, assessing that it would be an immeasurable step towards normalizing relations in the region, but also that it would have a great impact on the societies they lead. “Nationalism and the politics of emotions are the simplest, and the discourse on how injustice is done “to us” and how “everyone is against us” is the fastest is way to mobilize voters and therefore most often used”, she said. She also stated that Croatian policy towards Bosnia and Herzegovina is obviously against Croatian interests, explaining that this is one of the examples when political elites in the region clearly work directly against the interests of their countries and their citizens, which they either do not recognize or deliberately ignore. She considers that small states, such as Croatia, rarely have the opportunity to prove themselves in such an important role as this one and that political leaders miss it, replacing Croatian policy towards Croats in B&H with HDZ policy in B&H. Pusić emphasized that “the supreme Croatian interest is a stable Bosnia and Herzegovina, but that Croatian policy is such that it destabilize Bosnia and Herzegovina, thereby destroyed its credibility.” She concluded that the entire European project, which mobilized everyone in Croatia to start working on their own, led to the laying of the foundations for building a functional democracy and that this could be a recipe for other Western Balkan countries. Pusić added that for the countries of the region that are currently in the process of European integration, an example could be the Baltic model, which transformed the former Soviet republics into functional democracies, and said that there are six countries in Europe that can support the Western Balkans to transform. She pointed out that “the European Union must understand that the Western Balkans is its security issue, and not a problem that is far away, and that it must essentially, and not only declaratively, dedicate itself to the integration of the Western Balkans into EU membership.” 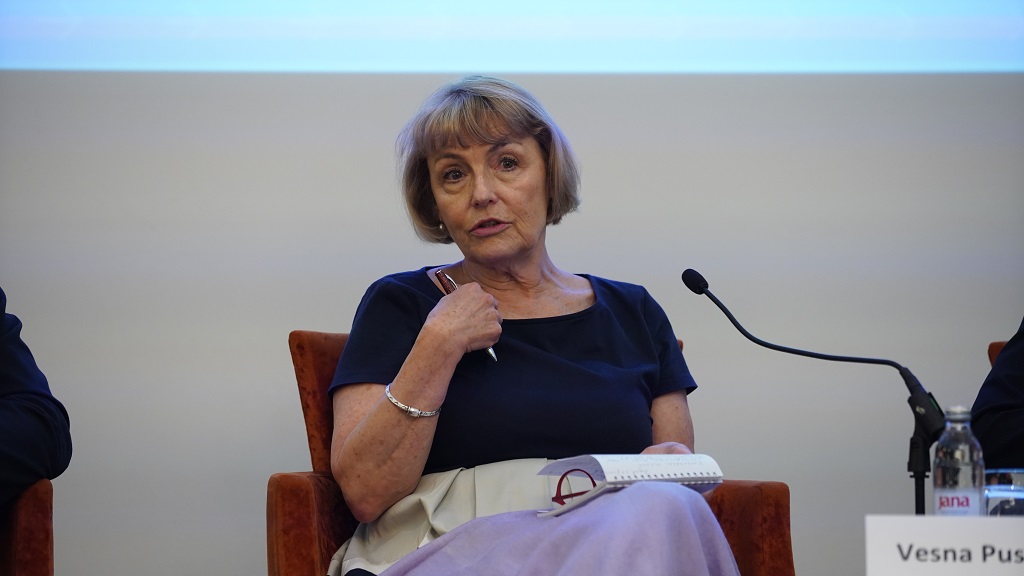 Bojan Glavašević, a Member of the Croatian Parliament, agrees that for most of its history, Croatia has not had a policy towards Bosnia and Herzegovina, but a policy of the HDZ in Bosnia and Herzegovina, and that it is clear that policies based on nationalism have failed, hence it is necessary to reconsider them and look for different solutions. He assessed that, when it comes to Croatian President Zoran Milanović, there has been an incredible change in his rhetoric and policy and “the difference in the policy he led as Prime Minister and the one he leads as Croatian President is surprising”. Glavašević said that the accession process for the countries of the Western Balkans exists precisely for those countries to be transformed, but also that “we should make changes in our countries for ourselves, and not because the European Union request that from us”. He pointed out that the motor for change must come from within and that this is not the case in all Western Balkan countries, and that Serbia, led by Aleksandar Vučić, cannot have the lead in that, because Vučić’s Serbia chooses from day to day whether it will be for the “Serbian world” or for the European Union. 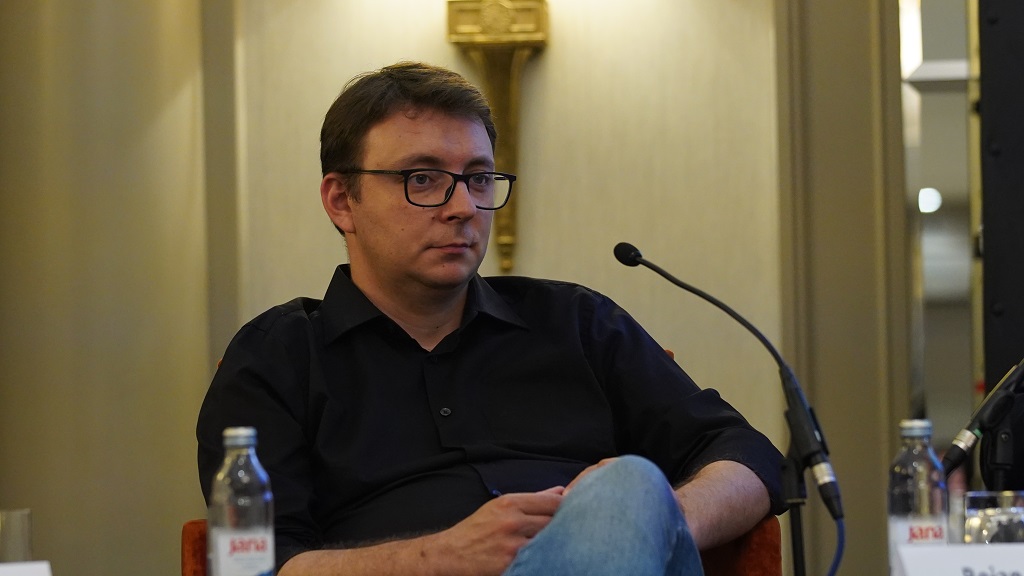 Saša Magazinović, a member of the Parliamentary Assembly of Bosnia and Herzegovina, considers that there are no good neighborly relations in the region when it comes to Bosnia and Herzegovina, with the exception of Montenegro. He added that he believes that the relationship between Serbia and Croatia towards Bosnia and Herzegovina is in fact a relationship of silent aggression and that these two countries are false guarantors of the Dayton Agreement, as well as that it is the foundation of a bad neighborly relationship with B&H, for which he cited numerous examples, such as the disposal of Croatian nuclear waste in B&H or the construction of a hydropower plant by Serbia without the consent of B&H, and many others. Magazinović said that the activities of the two presidents, Vučić and Milanović, are the most glaring examples of bad neighborly relations. He added that “Vučić, although often talks about how he respects the territorial integrity of Bosnia and Herzegovina, never states that he respects its sovereignty”, and that he expresses his opinion on almost all internal political issues in B&H. He assessed that Zoran Milanović had the opportunity to be the Balkan Willie Brant and to offer a hand of reconciliation, but instead, he decided to chase the votes of the rights and lead a nationalist policy that will cost everything dearly. He added that the trauma that citizens of B&H did not overcome yet, even after thirty years, has numerous triggers that Milanović and Vučić are abusing and using. Magazinovic concluded that throughout history, B&H has outlived all those who did not wish it well. 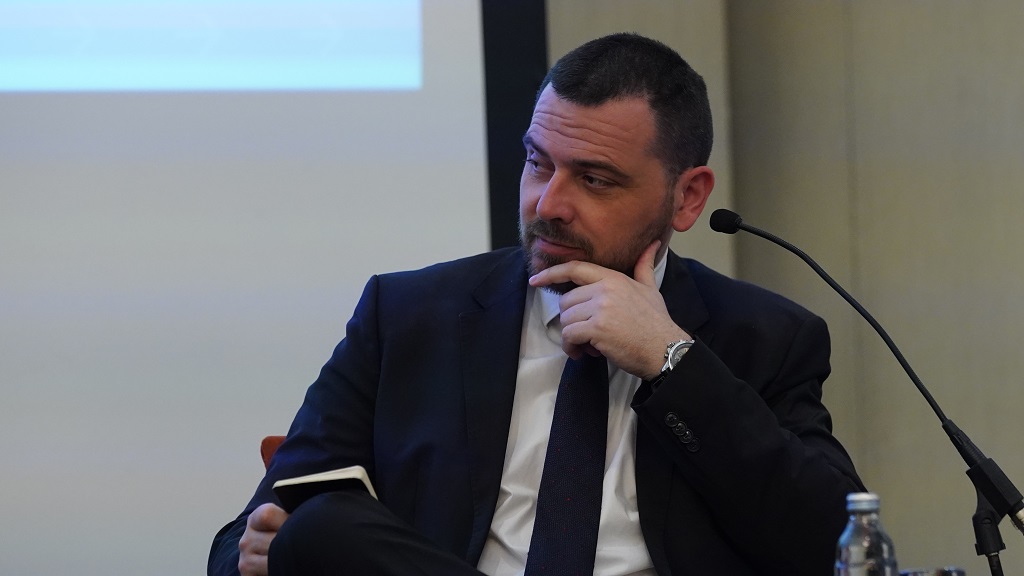 Pavle Grbović, President of the Movement of Free Citizens and a Member of the Serbian Parliament, said that Serbia has open political issues with almost all its neighbors and that Serbia’s relations with other countries in the region cannot be good if Serbia does not treat them as neighbors but as parts of its territory. He said that “the government in Serbia is based on the attitude towards the enemy, either in the region or in Serbia”, and that this inevitably spills over to relations with other countries in the region. Grbovic said that until Serbia resolves its internal issues, it is difficult to expect it to build good neighborly relations with other countries, and that if someone ruins his own society, he cannot expect his neighbors to trust him to establish honest and healthy relations with them. He stated that there is room for the growth of the civic option in Serbia, although the fight is very difficult, and that he personally called in the campaign not to build walls with people who are on the other side, but to try to include as many of them as possible. 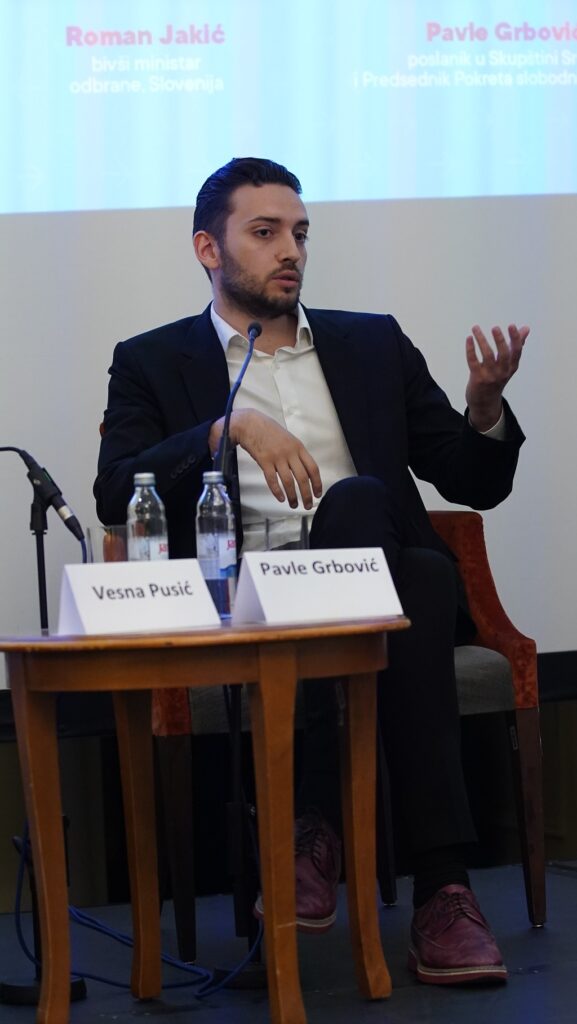 Ivan Vujović, Secretary-General of the Social Democratic Party of Montenegro, said that all these years Montenegro is recognized by all Western Balkan countries as a country without territorial disputes with its neighbors and a regional leader in European integration. “In that sense, Montenegro was a kind of signpost and an indicator of the direction in which other countries in the region that are in the process of European integration should move”, he said. Vujović said that “Montenegro and Bosnia and Herzegovina are the most sensitive parts of the most sensitive region in Europe, precisely because of the attempts of other countries in the region to influence these two countries”. He stated that ‘’often the principle of protection of “their compatriots” in other countries is often used as a screen for toxic interference in the internal affairs of these two countries, which is the matrix that started all great-power projects and wars of the 90s, and which is still used today as a reason for interference in domestic politics of Montenegro and Bosnia and Herzegovina”. Vujovic also expressed concern that the West often rightly expresses concern over Russian influence and interference in Montenegro or B&H, while completely ignoring the same influences and attempts coming from neighboring countries, primarily Serbia and Croatia. Vujović warned of the danger of attitudes that can often be heard, which say that we should not be interested in the past and that we must look to the future, which are very politically acceptable, but “the fact that we never faced and dealt with the past is the reason which is still the same thing happening to us as in the past and because of which we are so lost that today we wonder who won the Second World War“. 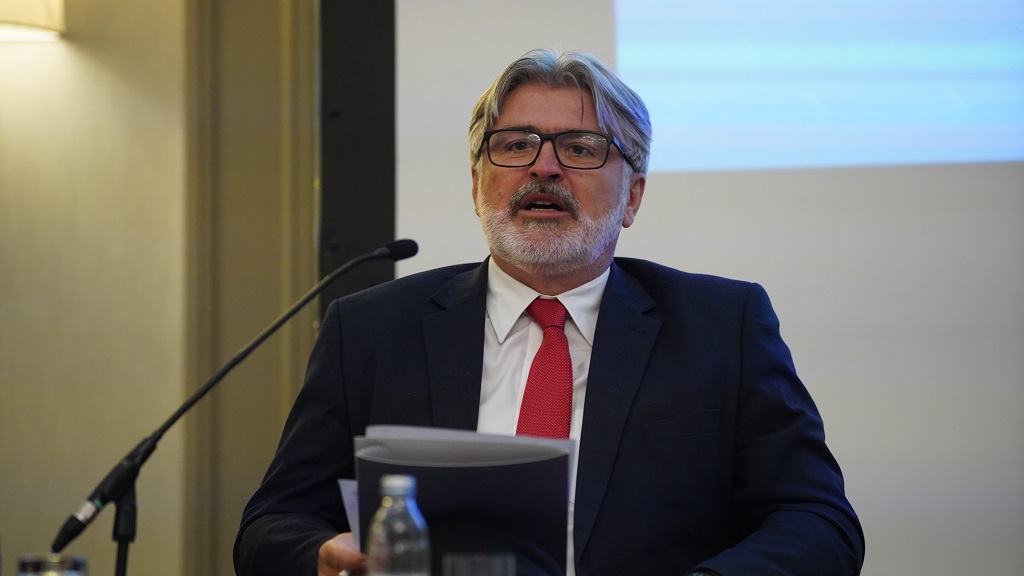 Roman Jakić, former Minister of Defense of Slovenia, said Slovenia’s open issues with neighboring countries are numerous, and that some could not be resolved for decades, but some of them, such as Hungary’s foreign policy, threaten to escalate and cause bigger problems. Jakić assessed that “Slovenia is observing the events in the Western Balkans from a relative distance” and he believes that “the Europeanization of that Balkan area is the basic answer to all open issues and disputes“, and that the most significant problem is that it is very late. He considers that the European Union is not fulfilling its promises to the countries of the Western Balkans, as illustrated by the example of Northern Macedonia, which meets all conditions in a situation where new ones appear every day and yet no progress in European integration, or the example of Kosovo visa liberalization despite numerous promises. Jakić said that regional cooperation is excellent if it is sincere and assessed that “the concept of the Open Balkans brings more problems than solutions because cooperation already exists through the form of the Berlin Process“. 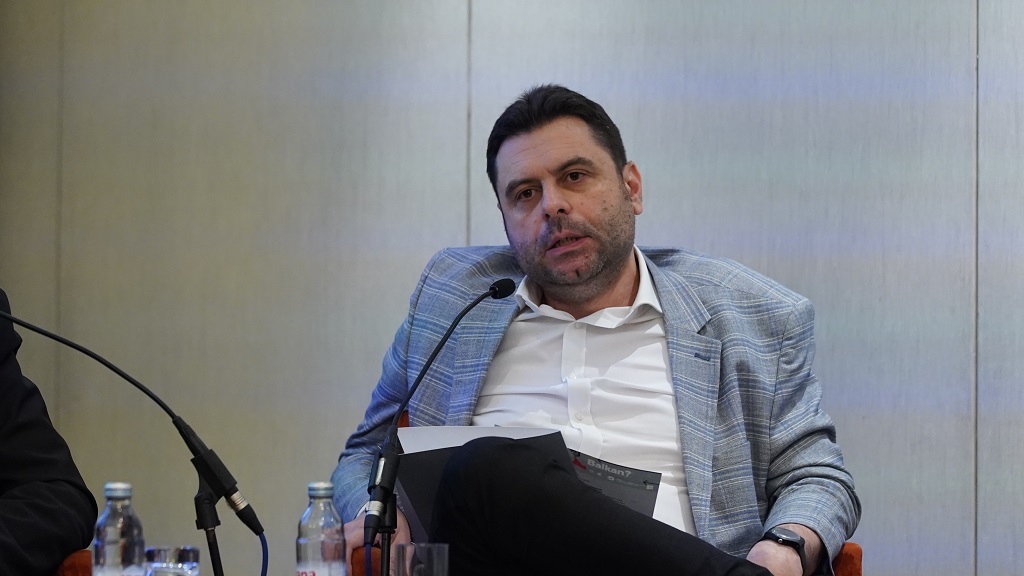 ZAGREB PLENUM – QUO VADIS, BALKANS? Is organized by the Regional Academy for the Development of Democracy (ADD) from Novi Sad, the Center for Dealing with the Past Documenta from Zagreb and the Centre for Civic Education (CCE) from Podgorica, with the support of the European Fund for the Balkans (EFB).