Hundreds of insulting messages, including dozens of direct death threats, were sent to the President of the Executive Board of the Academy for Democratic Development, Balša Božović, after last night’s television duel with Ratko Mladić’s lawyer, Branko Lukić, on the TV show “Usijanje” on Kurir TV. The fact that some of them were sent to his private phone number gives additional reasons for concern. Among the death threats are photos of people with firearms, as well as those in the official uniforms of the Serbian gendarmerie, undisguised threats of violence, unimaginable insults and the spread of hatred.

After the Regional Academy for Democratic Development, as one of the partner organizations and co-organizers, invited citizens to mark the International Day against Fascism and Anti-Semitism by removing the mural dedicated to convicted war criminal Ratko Mladic, hundreds of open death threats, the worst insults, calls for lynching and threats to forcefully leave the country have been sent to social media accounts of the organization.

The Regional Academy for Democratic Development calls on the relevant authorities to react urgently, identify and sanction the perpetrators. Serbia must not send the message that glorifying war criminals is an official policy, and the protection of perpetrators and those who threaten death is desirable, acceptable and permissible behavior.

Small part of the death threats and insults addressed to Balsa Bozovic and ADD can be found below. 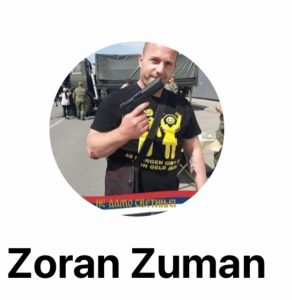 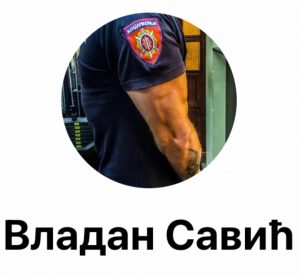 Bozovic: Putin’s influence in the Balkans calls the EU to action

President of the Executive Board of ADD Balša Božović: Dangerous apprehension of Montenegrin MPs on the border with Serbia